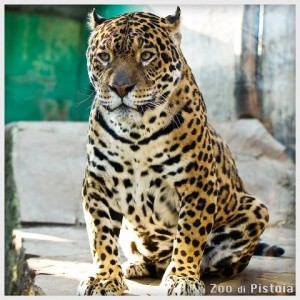 The Zoological Gardens of Pistoia is a zoo, founded in 1970 by Raphael Galardini designed by Angelo Lombardi, in the village of Pieve a Celle Pistoia. One of the major structures in Italy, extending over 7 acres.

It currently houses about 600 animals including mammals, reptiles, birds and amphibians; hosted specimens of rare species such as white rhino, crocodile, Cuba and the sloth bear. The fauna currently includes various species of lemurs from Madagascar, lions, tigers, jaguars, wolves, lynxes, Indian elephants, giraffes, zebras, and rare Markhor manul, as well as various species of monkeys and the Asian continent than American. Remarkable reptile. The flora was enriched with hundreds of exotic species. In recent years there has been extensive and natural systems to exhibit big cats, wolves and brown bears. In 2011 the park has opened a new department dedicated to replacing the penguins polar bears.
ATTRACTIONS
The park in its interior houses a theater with a didactic purpose, a reconstruction of a village in Lapland, more than twenty observatories and laboratories to explore nature. The zoo also offers an interactive tour of the Owls inside the aviary and the forest of the Lemurs.
NEW ‘

The park has undergone many changes such as restructuring 2006-2007-2008-2009 areas of wolves, lynx and big cats (Lions, Tigers, Jaguars). In 2010 the zoo has renovated an entire area for bear creating a great forest, where to place it. In 2011, the renovated areas were those of gibbons and penguins. In future it is a broadening of Africa region.